Select the compare checkbox next to the vehicles you'd like to compare. 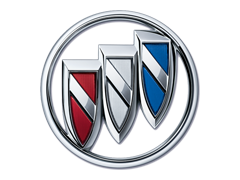 1957 Buick Special Conv. This is one of the nicest frame off restorations that you will ever see. The car looks like it just rolled off of the assembly line. Every detail is perfect and it runs perfect. This car is a12 on a scale of 1 to 10. Some tidbits about the 1957 Buick are as follows. The 1957 wheelbase remained 122 inches.[14] In the June, 1957 issue of Popular Mechanics, the Special was rated with a 0-60 mph time of 11.6 seconds, fuel economy of 17.4 mpg US (13.5 L/100 km; 20.9 mpg imp) at 50 mph (80 km/h), and ground clearance of 6.9 in (175 mm).[15] 1958 brought the most chrome yet and twin headlights, as the car grew longer and wider, albeit on an unchanged chassis.1957 Buick Specials had three Venti Ports while more senior Buicks (with the partial exception of the Buick Super, which switched from three to four in 1955) had four. Earlier versions had a Sweeps pear inspired character line alongside the body, while later versions had the Sweeps pear molding attached to the side of all models.

Title, other fees, and incentives are not included in this calculation, which is an estimate only. Monthly payment estimates are for illustrative purposes only and do not represent a financing offer from the seller. Other taxes may apply.

About This Dealership NEWENGLANDAUTOMALLCREDIT Value Your trade Print Brochure